OUR GERMAN PINSCHER DOGS
Would you like to own a German Pinscher puppy?
Reserve yours right now.
Visit our Puppies page for videos and more pics! 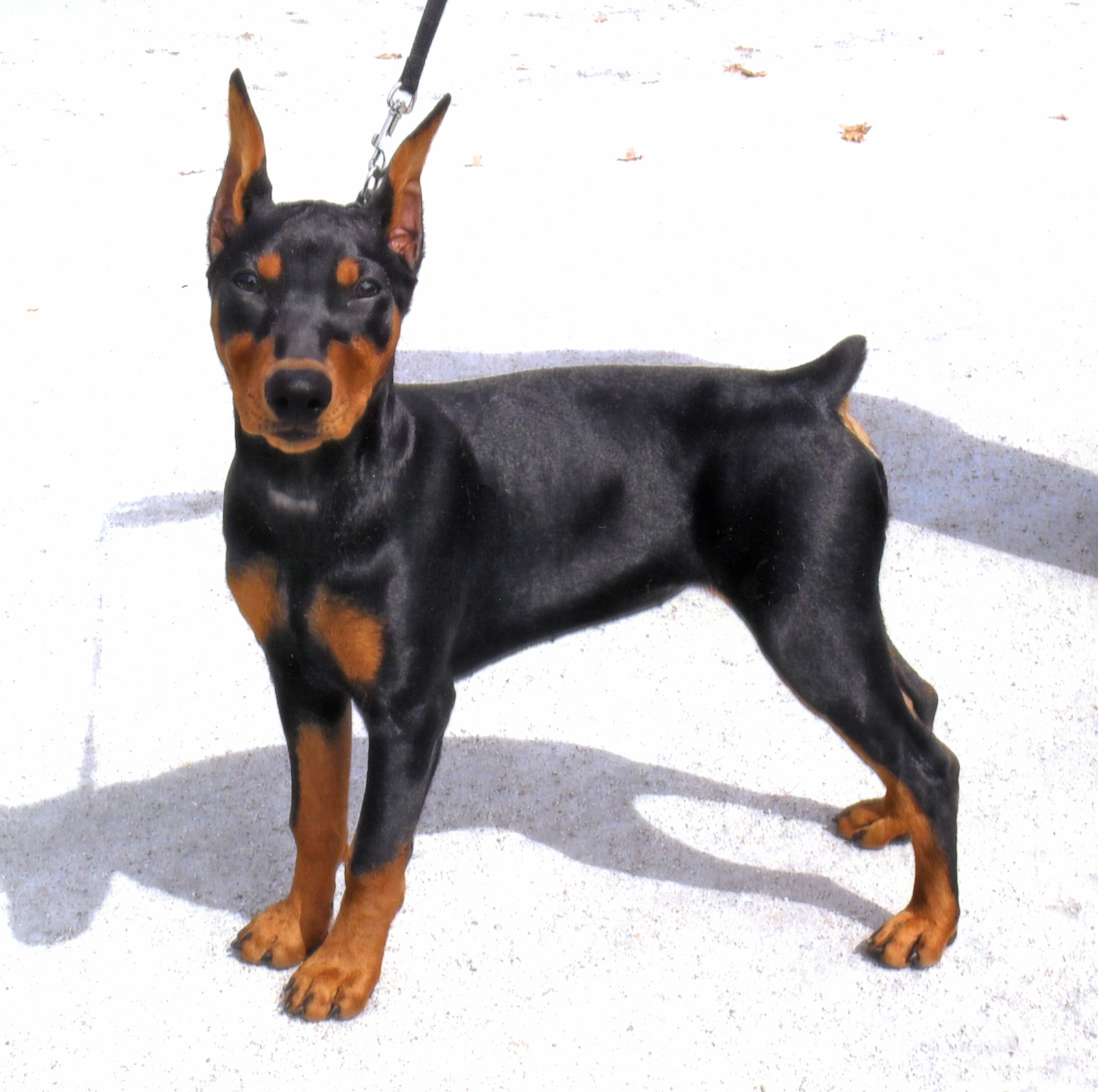 Champion, Grand Champion, Bronze Champion
Our Trissi became a champion at just three months of age. She was awarded Best of Opposite Sex at the prestigious Westminster Dog Show at Madison Square Garden, Best of Breed at the St. Louis Show, and Best of Breed at the York Kennel Club Show, among others. Trissi has now earned her Bronze Championship and continues to exhibit in the top show circuits. Her color is the rare are desirable black and rust, one of the few females on the East Coast with this combination!
AKC#: WS 32803406
Date of Birth: November 20, 2009
Sire: GCH Dark Angels Aden Red Energy
Dam: Ch Windamirs American Beauty
Owner: Celia Jobb & Sharon Morgan

Our German Pinscher puppies will be posted for sale on the AKC Marketplace Find a Puppy webpage (https://marketplace.akc.org/puppies).

These adorable, healthy babies from our champion show stock will be ready to fill your life with energetic fun and companionship. – Reserve yours right now.

Is a German Pinscher the right dog for me?